What’s the first question you ask when somebody shows you their nicest ping pong paddle? How much did that cost?

Ping pong paddles are in essence two components. The bat, and the rubber. The bat is the wood or material that the handle and center piece of the head is made of. The rubber is the outer part that actually makes contact with the ping pong ball.

The professional ping pong players often assemble a paddle based on their needs. So they get the best bat to suit the speed at which they need to swing, and the rubber based on the spin vs power dynamic of how much grip they want.

Next, the most expensive rubber currently on Amazon is the Haifu Shark III for $310 each. Keep in mind you need two rubbers to complete the paddle, so that’s a total of $620 in rubbers!

Thus if you want to build a paddle from the most expensive parts on Amazon, it would run you $1,420.

For reference, the setup one professional uses costs only $560: Butterfly Zhang Jike Super ZLC on Amazon. 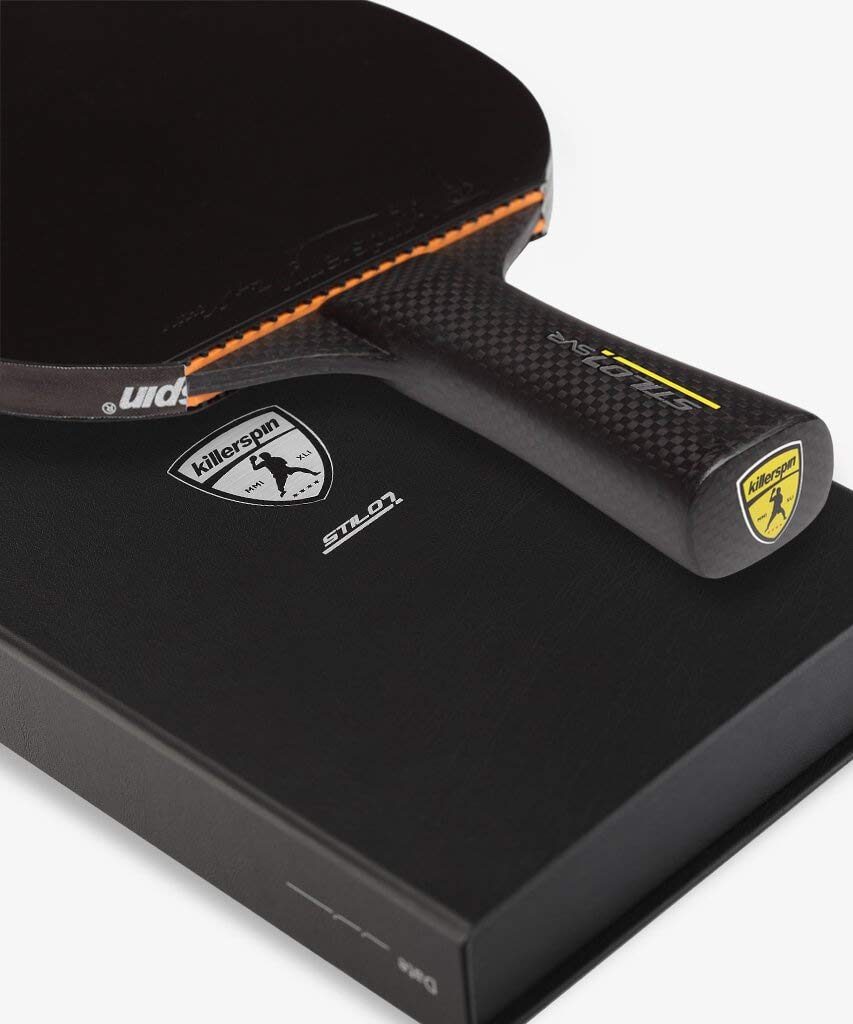 This is where it gets fun. Most of us aren’t interested in assembling our own paddles. We’re interested in the most expensive paddle on the market. Companies are always trying to invent and sell the coolest, most beautiful paddles. Sometimes that equates to the best performance around, sometimes it’s more for collecting purposes. The Killerspin Stilo7 SVG is a fine bat coated in carbon fiber for optimal speed and then covered in a premium rubber. On Amazon.com it runs for about $349. So far this is the most expensive pre-constructed ping pong paddle on the market!

As a bonus, I saw this hilarious review from an anonymous buyer who gave it 5 stars:

I have one. It is one of the best paddles I have ever put into my hand. It is SO LIGHT, and I demolish every kid who wants to play a ‘quick round.’ DEMOLISH. I versed a seven or eight year old and won, and he looked heartbroken. Yo, I couldn’t have done it without this paddle. Before, I couldn’t even beat that kid.

That’s definitely a unique angle on the most expensive paddle on the market. What’s yours?